The arctic region is located in the northern part of Canada; it takes up almost half of it. It has some fascinating geographical features too, and some of them are explained in this document. (Horizons: Canada’s Emerging Identity. pg. 297)

The arctic was formed when pressure at the north end of the Canadian Shield pushed sedimentary rock up to form fold mountains.

There is a layer of permafrost all around the arctic. Permafrost, unlike other frost, is there all the time, through every season. It’s a layer of the ground that is frozen, this occurs when the temperature of this ground drops below 0°C and stays there from one winter to the next. Permafrost is also underneath the ground where buildings and infrastructure were built,This can be a problem when the permafrost begins to melt, because the ground underneath the buildings will collapse.

It snows in the arctic too, and when it does it’s a lot, so when it gets packed down, and forms a large, thick mass of ice called a glacier. When glaciers melt, they leave behind something called an esker, which is just a ridge of gravel and sand, carried by rivers of the melted glacier, which also explains why it has the same shape and patterns as a river. An esker isn’t always as small as it might sound. The biggest eskers in the arctic are almost 800 km long!

There are many resources found in the arctic region of Canada, including oil, natural gas, diamonds, caribou, and lead. These resources are very useful and important. Here are some of the uses for the resources and where they can be found.

Oil and natural gas are some of the resources found in the arctic. In the more wealthy parts of the world, almost everyone in the twenty-first century has a vehicle of some sort, and though car manufacturers are making many cars that run on some form of renewable energy, most vehicles run on gas, or diesel. Cars and trucks are only one use for oil and natural gas, its also used for stoves, and many other household appliances. Natural gas and oil is found underground in sedimentary rock.

This is probably the most valuable resource in the arctic, diamonds are very difficult to find. They need tons of pressure and lots of heat in order to be formed. These beautiful gems can be found up in the arctic, and I wouldn’t mind finding some myself.

Of course one of the main resources in the arctic would be the caribou. It is a great resource for several different reasons. They are great for food and they have good furs. Caribou is very important to the people who live in the arctic. 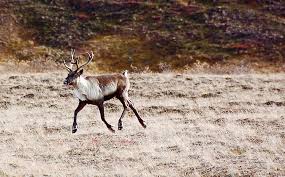 Lead can also be found in the arctic. It is a very heavy element. It can be used for protection from radiation. For example, when you get an x-ray they give you a lead vest to wear. It is used for battery storage, ceramic glazing, colorants, concrete, generating electricity, electronics, glass based products, and many more!